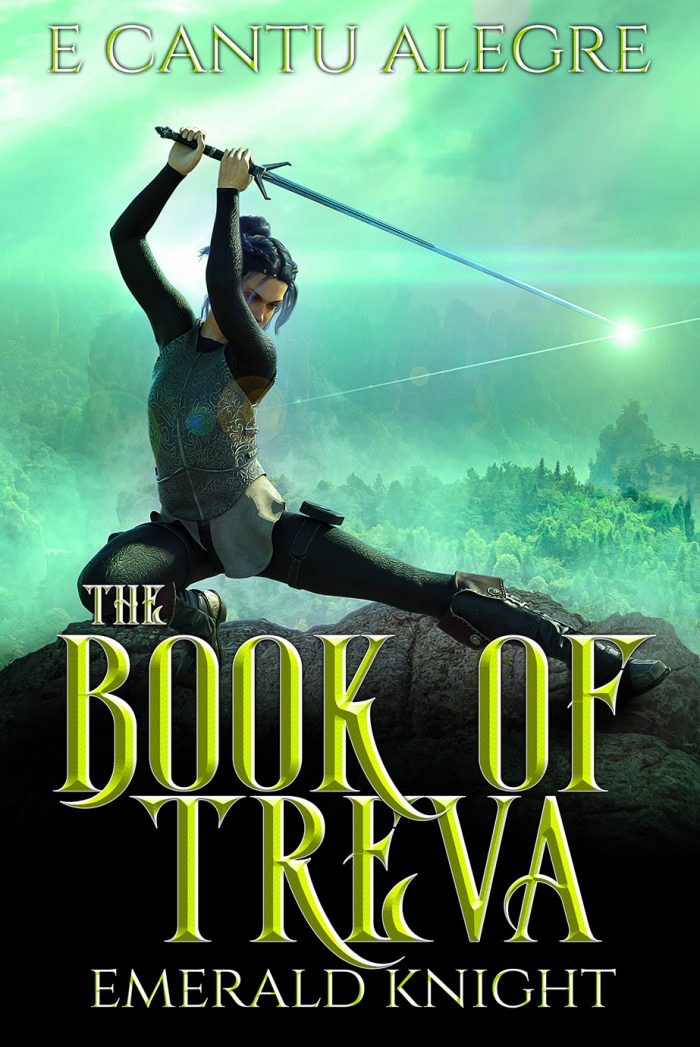 Book of Treva: Emerald Knight: Prequel to the Legacy of Lanico Series

Straight from laboring on her family’s farm, Treva arrives at the Odana Kingdom as a new Odana Military recruit and the rumors of her temper and skill with a sword proceed her arrival. It’s quickly found that her manners are deplorable. Her regard for authority – nonexistent. Despite the irritation she causes her commanding officers, she finds herself rapidly climbing the ranks to an impressive Second Lieutenant, Knight status and attracting the attention of the General Prince, Lanico. Here we experience Treva, General Prince Lanico, and the Odana Kingdom before the siege and before fate changes the lives of our characters, forever.

Read from Chapter One of the book!

She wasn’t always the Emerald Knight. It was supposed to have been impossible for Treva to be anything other than a rough, ill-mannered farmhand on her father’s farm… that was until she shattered all expectations with the swipe of her falchion. Like many before her, Treva endured the basic training the Odana Military doled out. Under the disapproving gaze of those around her, she pushed through the most brutal military training and toiled under progressively challenging leaders. As her rank increased, her time spent with Lieutenant General Izra and General Prince Lanico increased.

Despite others’ raised eyebrows, she dared to brawl in taverns and make mischief of the worst kind! Despite her disdain for authority, Treva managed to work her way up to a staggering Second Lieutenant rank and had managed to gain the secret admiration of General Prince Lanico himself!

With successful campaigns throughout the Odana and neighboring lands, peace had finally reached their realm. Just when all seemed secure, terror struck the kingdom. Instant and fierce, like a flash of lightning, the promise of a successful military career for Treva, ended. A surprise attack on the castle changes the futures of everyone and launches us into the first Legacy of Lanico book where we find the shocking fates of the survivors.

Read the first chapter from the first book! Just sign up for my newsletter.