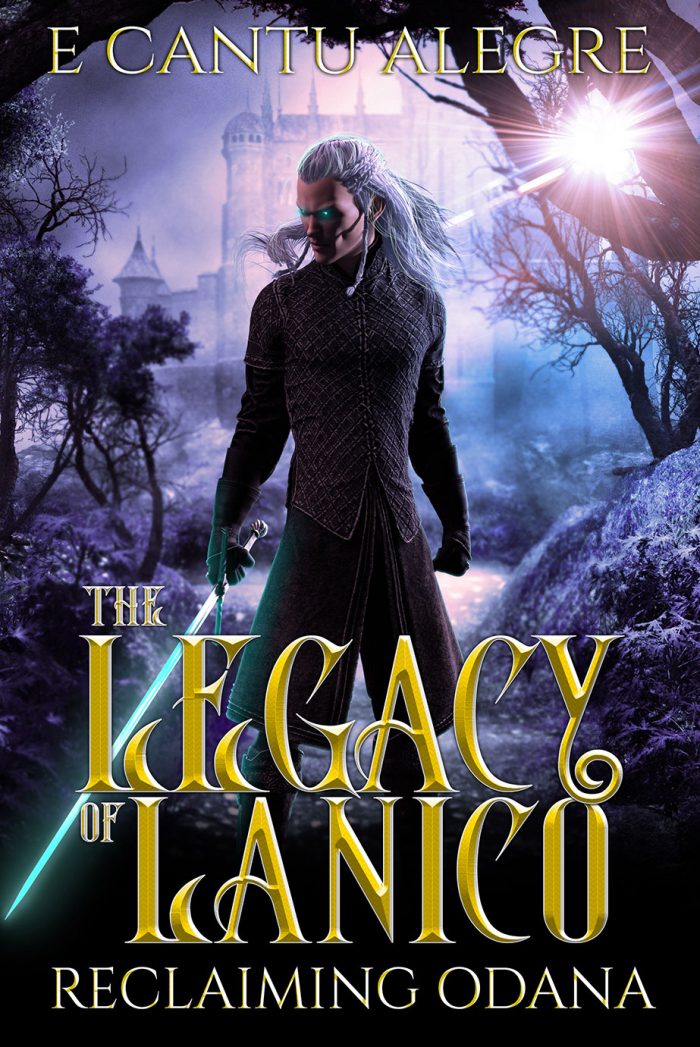 The Legacy Of Lanico: Reclaiming Odana

Odana was Crown Prince Lanico’s home… until he was forced to flee following his defeat in battle and the siege of his kingdom.

After years of living hidden in the wilderness with his adopted son, Marin, Prince Lanico suddenly finds himself on a quest to return to his kingdom – to reclaim the lands that are rightfully his.

During his journey, Lanico finds himself facing a myriad of threats, making allies, and encountering other unexpected surprises along the way.

Ultimately, Lanico and his newfound band of warriors find themselves preparing for their next mission – the mission to reclaim Odana.

Read the prologue from the book!

Forced to flee the Castle of Odana following a siege, General Prince Lanico remained hidden in the Great Mist realm, protecting his most precious treasure, his son Marin.

With Marin’s desire for adventure, Lanico finds himself thrust into action. He begins on an epic quest to rescue him from a future of captivity at the hands of Mysra leader, Grude.

He finds help along the way from unlikely allies, and rekindles a lost romance with his warrior soulmate, Treva. While on his quest, Lanico learns of Grude’s plot to invade the Great Mist and capture the WynSprign inhabitants.

Together Lanico, his band of fighters, and a rogue Mysra, battle to protect the realm he dwelled in for so long. It is one battle he must prevail to win back and claim his land. To free his enslaved WynSprign subjects. To reclaim Odana.

Read the first chapter for free! Just sign up for my newsletter.

This book is incredible! The prologue alone had me hooked, I couldn't put it down. It is full of adventure and love. I can't wait for the next book in this series to be available!

This book pulls you in from the beginning and doesn't let go till the very end. The characters are very well developed and interesting. The story-line is exciting and expands to multiple views and scenes. I really enjoyed reading it and can't wait for the sequel. I would definitely recommend this book, even if it's out of your genre.