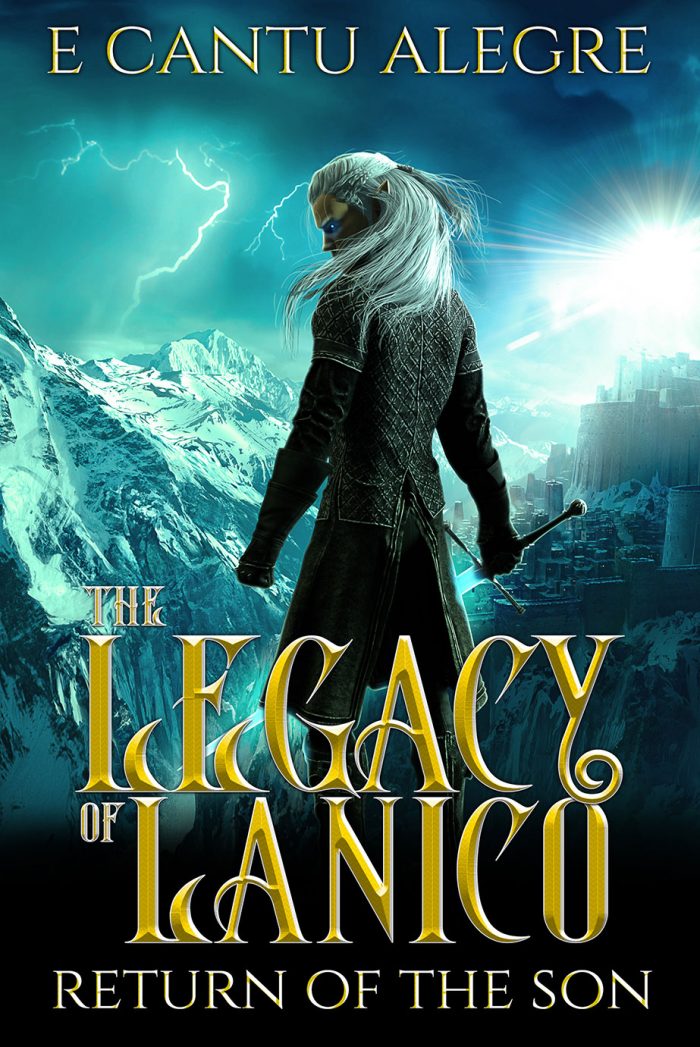 The Legacy Of Lanico: Return Of The Son

General Prince Lanico Loftre battles to take back his castle home from enemy Mysra and make his rightful place as King.

Along the way, he and his warriors, fight a myriad of creatures and roaming enemies.

Just when all seems to be going as planned and at the peak of his goal, a series of events leave our hero pleading, grasping for hope. Will he find the strength to move onward and lead his people?

Read from chapter one of the book!

General Prince Lanico, his Knighted Second Lieutenant Treva, and a small contingency of warriors, plan their attack against enemy Mysra occupying the Castle of Odana.

The group journeys through the land battling various creatures and roaming enemies. The battle strategy has been planned and recounted over and over, but things go awry when an undercover Marin decides to stay the night within enemy lines. He was hoping to gain more knowledge about the lives of the enslaved within. Treva, fully understanding the danger her son is in, breaks into enemy territory and takes Marin back. Livid with her risky decision, Lanico, Treva, and their group still move onward with their plans hoping against set errors. In waves of action, they attack the already depleted enemy Mysra.

After years lost, just when everything is finally going his way an unforeseen event happens that leaves our hero rocked, plummeting onto his knees in desperation. A secret enemy, viler than Grude, has surfaced to seek revenge.

We are left wondering: can anything possibly be the same again? Can Lanico overcome this unforeseen turn of events? Will he find the strength to lead his people despite the mysterious and horrible outcome?

Read the first chapter from the first book! Just sign up for my newsletter.